"Horrorscope" - The Graphic Novel - is headed for TV

LOS ANGELES, May 3, 2022 /PRNewswire/ -- "Horrorscope," a novel that was adapted from the original book by Brian Evans and has received rave reviews, including from Kirkus Reviews, will be a TV series, according to ESW Management.

"Horrorscope," was originally written by Brian Evans, Mark Andrew Biltz, and Helen Marie Bousquet in 2014. It was adapted into a graphic novel in 2021. It was released as a graphic novel several months ago, with Kirkus Reviews saying of the extraordinarily original story, "A distinctive horror tale with stark characters and radiant artwork."

"We always knew this would end up being a television show. At this point, it's deciding where we want it," says Evans.

A book preview has aired in over 10,000 movie theaters across the world, airing as a preview prior to any given film a movie lover may attend in theaters.

"We promoted it there, because we knew they'd be in that same seat watching this book on the screen," says Evans.

The story is about a psychic forced to predict the future for the mafia. When she is eventually murdered by a distrusting underboss, the Zodiac signs come to life to seek revenge.

"We are very excited about where this is going to go, and even when others didn't see it, our belief in the story kept us going," said co-author Mark Andrew Biltz.

Narada Michael Walden, the producer behind the best selling movie soundtrack of all time, "The Bodyguard," has already written the theme song for the eventual production.

"We always knew this was a matter of time, and from Taiwan to Seattle to the UK, we've been deciding what we want to do," says Biltz.

The graphic novel has received five-star reviews in every graphic novel publication that has reviewed it to date. Westwind Comics of Spain adapted the novel. 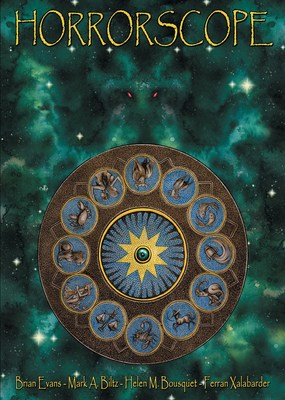 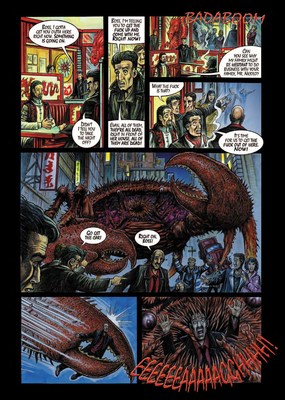