Through this partnership, Space 11 plans to construct and launch a specialized free-flying space station to service film and TV projects as a dedicated and one-of-a-kind in-space platform akin to a live venue / soundstage. This specialized station is named S11S. The S11S will also be outfitted with multiple compartments for use as accommodations and sleeping quarters.

Space 11 intends to contract with Nanoracks to oversee the S11S module build, financed by the American company Space 11 Corp, with its roots in Italy. Iervolino Entertainment S.p.A., the global film & television production company founded by Andrea Iervolino and listed in the Italian Stock Exchange (IE.MI) formalized a partnership to support Space 11.

S11S should be active and operational by late 2027.

"Exploring space opportunities has been quite eye-opening," says Andrea Iervolino. "We are in discussions with Nanoracks because they are practical and have unmatched experience in taking unique ideas and developing them into real space programs. Our gradual approach will allow us to explore thrilling in-space media opportunities possible today while also working towards our long-term vision of hosting entertainment events on a customized space station platform dedicated to our viewers."

"I have always thought outside the box, and I'm thrilled to take these first steps to bring sports entertainment to space," says John Lewis. "We're looking to develop a new market of space-based entertainment and media services that will challenge our production creatively, physically, logistically, and technically. Our viewers expect the best we look forward to producing concepts never dreamed of before. I'm pleased to be exploring these opportunities alongside Space 11 and Nanoracks."

Space 11 Corp is the parent corporation of all Space 11 brands and products with a vision to develop many forms of media, all focused on outer space.

The company has also created MMA-ZERO G - an MMA league that promotes a new high-concept sport with an MMA foundation. The fights take place in parabolic flight and zero-gravity outer space.

The competition kicks off with fighters from around the world training and learning to fight in the absence of gravity with programs and conditioning mirroring programs used in astronaut training. Combatants will be eliminated during the training process, allowing for only eight to compete in the main MMA-ZERO G competition.

The final two fighters left will go into space for the final event – a fight beyond our atmosphere. The dramatic and intense series finale will see two combatants fight aboard a custom capsule rocket orbitting Earth.

Space 11 was born from an idea by founder Andrea Iervolino to move entertainment beyond earth's borders, similar to companies designing accommodation and recreational facilities for outer space. Its Vice President and head of operations is John Lewis.

One of a kind and revolutionary, the mission of Space 11 is to create film, television, and web content, as well as live events (concerts, sports competitions, etc.) that will be filmed in outer space. Space 11 is the first company dedicated fully to the development of entertainment formats and events in zero gravity.

Space 11 Corp plans to contribute to the science of aerospace with its research and development division. The intel gathered by Space 11's efforts will be monumental in helping humanity understand deeper how the human body reacts to intense stress in a zero-gravity environment.

Iervolino has already begun enlisting top collaborators, including the sector's leading engineers, astrophysicists, astronomers, technicians and related experts who will systematically study all the means and methods required for the realization of the company's mission - one entirely focused on creating something mind-blowing and unique at the global level. 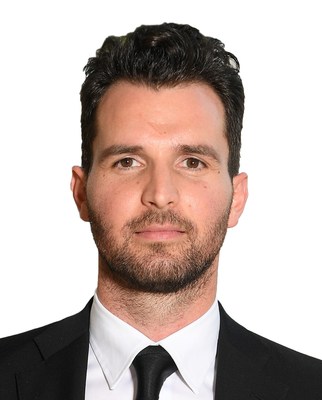